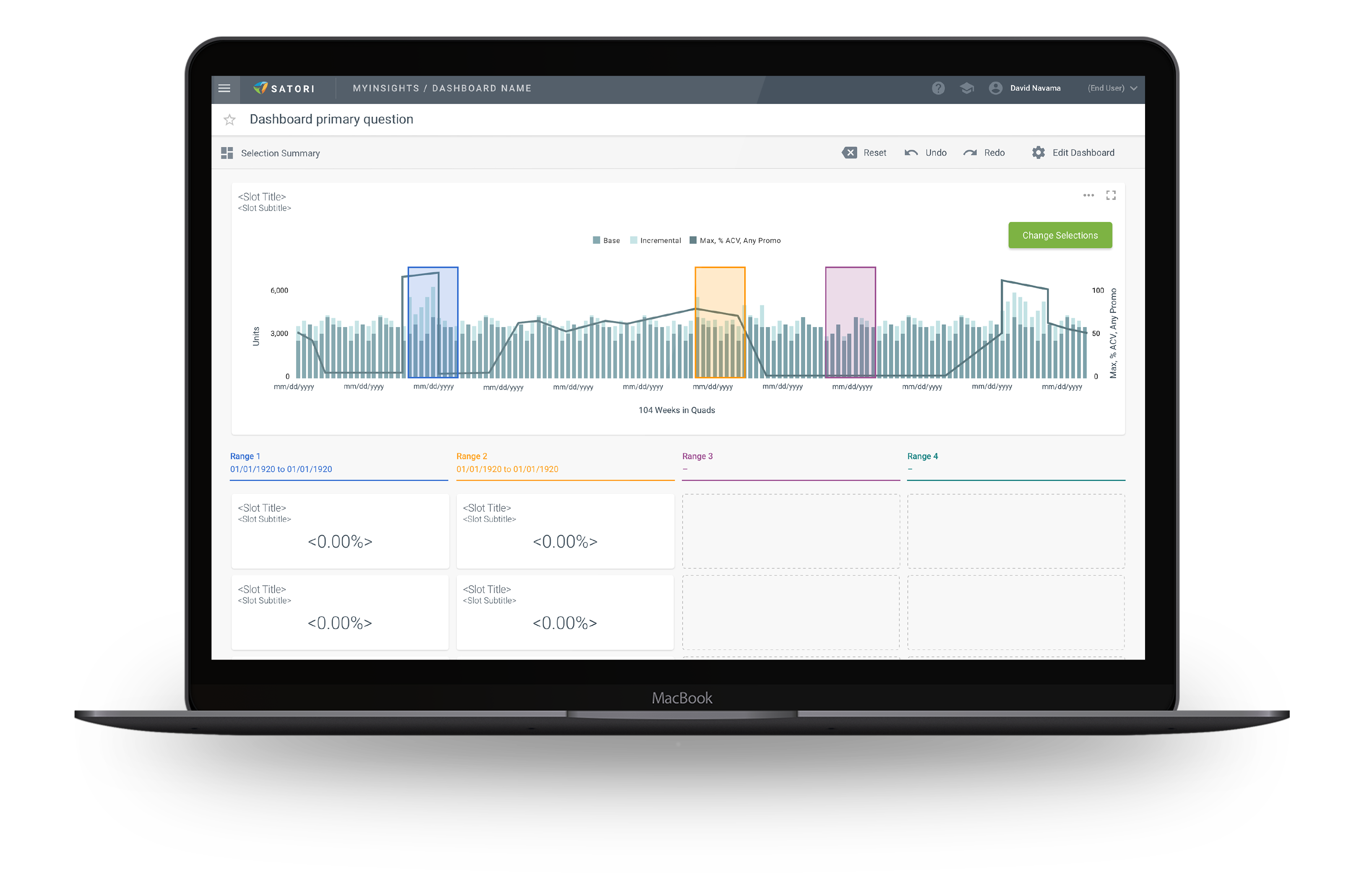 SPINS is a technology company that collects data from international organic and natural food retailers, aggregates the data and sells it to brands who want to learn about what works and what doesn't from a product sell-through perspective. 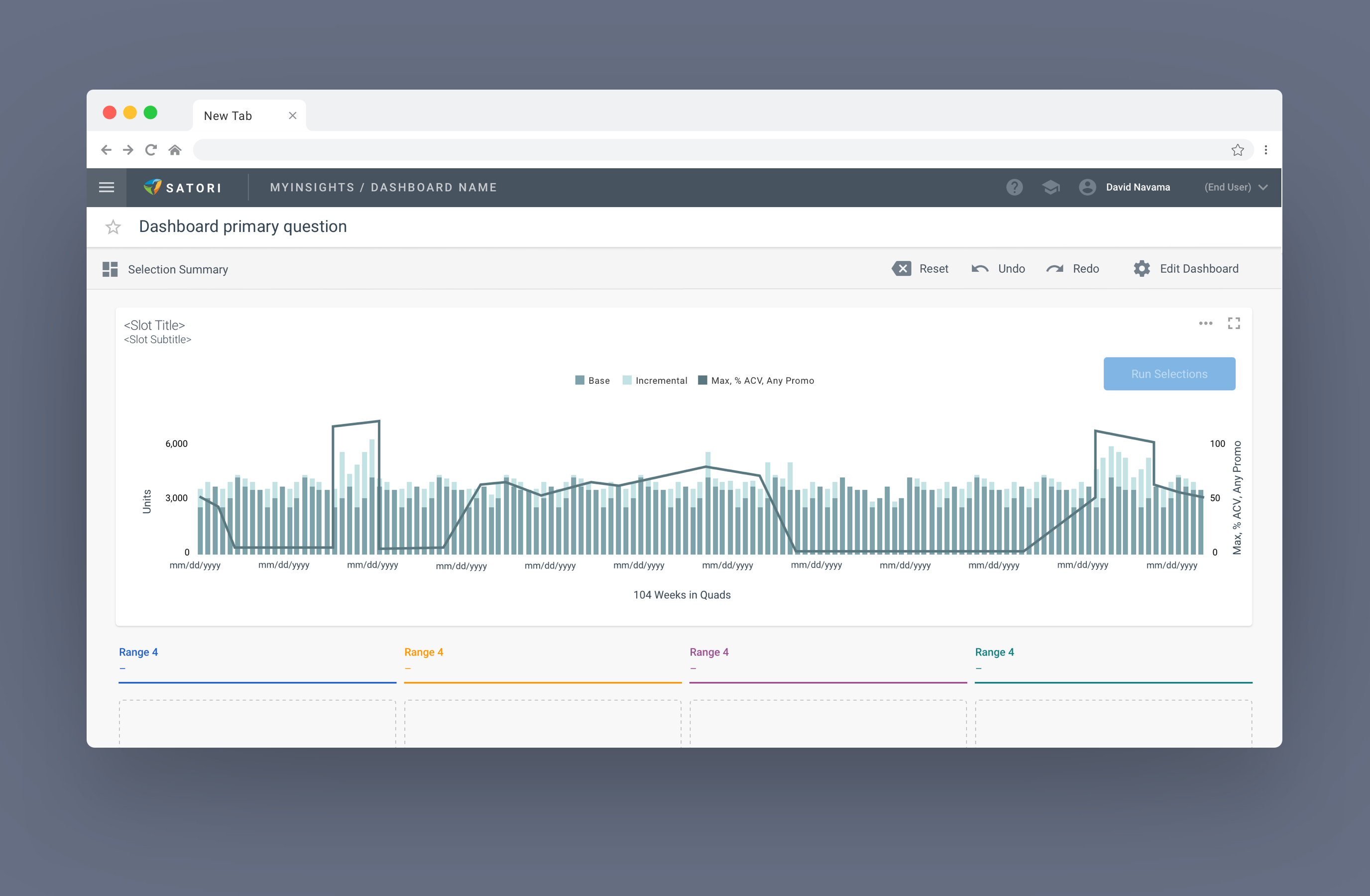 My first project on the job was to create a UI library that we could use to make the current application more consistent. So I spent the first month working pretty much exclusively on a UI library, while also ramping up my knowledge about the product, its users, and the stakeholders.

Creating UI from scratch and documenting said UI was the majority of my work. I would use the Sketch Symbols and Nest Symbols functionality to build extensible components in a systematic way, along with Zeplin to deliver assets to developers.

SPINS' primary product - Satori - is where I spent all of my time - there were several other product teams within the organization. Satori is the home to a couple dozen dashboards (reports) that the end user would use to analyze the data that was collected. At the time of my hire (and likely the reason they were hiring), they were the beginning stages of redesigning every single dashboard that was in Satori - about 16 total. We were trying rethink how the data was displayed, from the ground-up - and how we can provide ACTIONABLE insights for the end user.

Apart of this redesign, we took a closer look at the colors that were being used and how we can keep them consistent as well as communicate specific hex codes or rgba codes to developers. We wanted to have colors that spoke to organic and natural colors. Colors that lived together in harmony, but were systematically made so that we weren't having to hand pick each color. 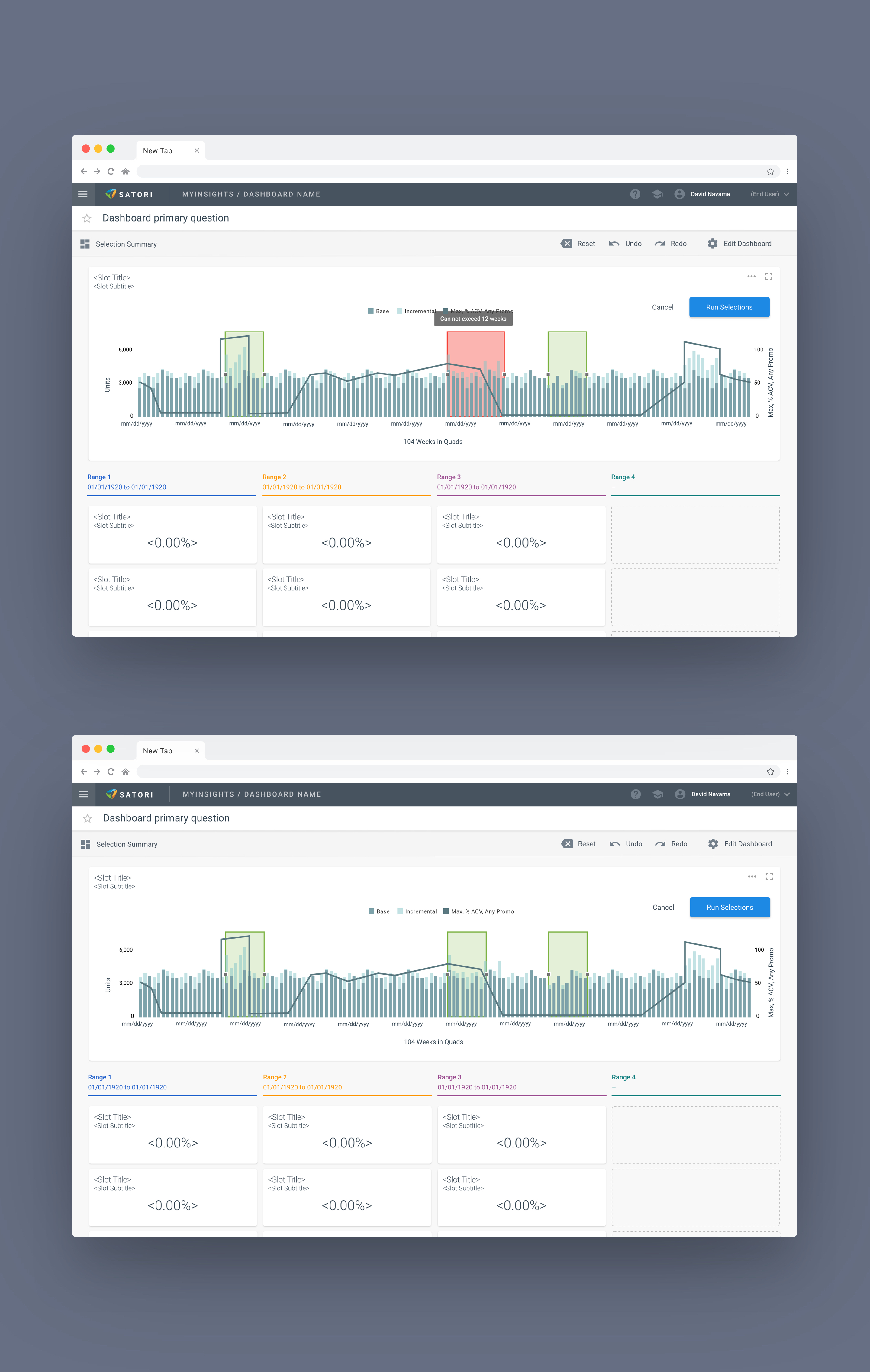 One of the most customized and interactive dashboards that I redesigned was the Promotion Evaluation dashboard. This dashboard reported how a promotion performed in a retail setting. The user could highlight key areas of the timeline of data and then get deeper insights into that segment.

Just prior to my departure, we were on the brink of making the Organic UI Library into an actual design system. Housing code-based components mirroring the UI Library - making it a cohesive system that could be used to quickly spin up new ideas, new features, or improve other areas of the product.

The developers on the Satori project new that if the screen existed in Zeplin - that it had been vetted and approved by stakeholders and the design team. We had sections on Zeplin that housed documentation, so that they knew how to use the components the way we intended them.

My role at SPINS was Lead UI/UX Designer. I reported to a UX Manager, the CTO, and several product stakeholders (experts in the data field, industry leaders, etc). Our team consisted of three data scientists/data engineers, three backend developers and two front-end developers. I was the only designer (besides the UX manager).