Getting shift done by empowering the hourly workforce and it's employers with time-saving tools. 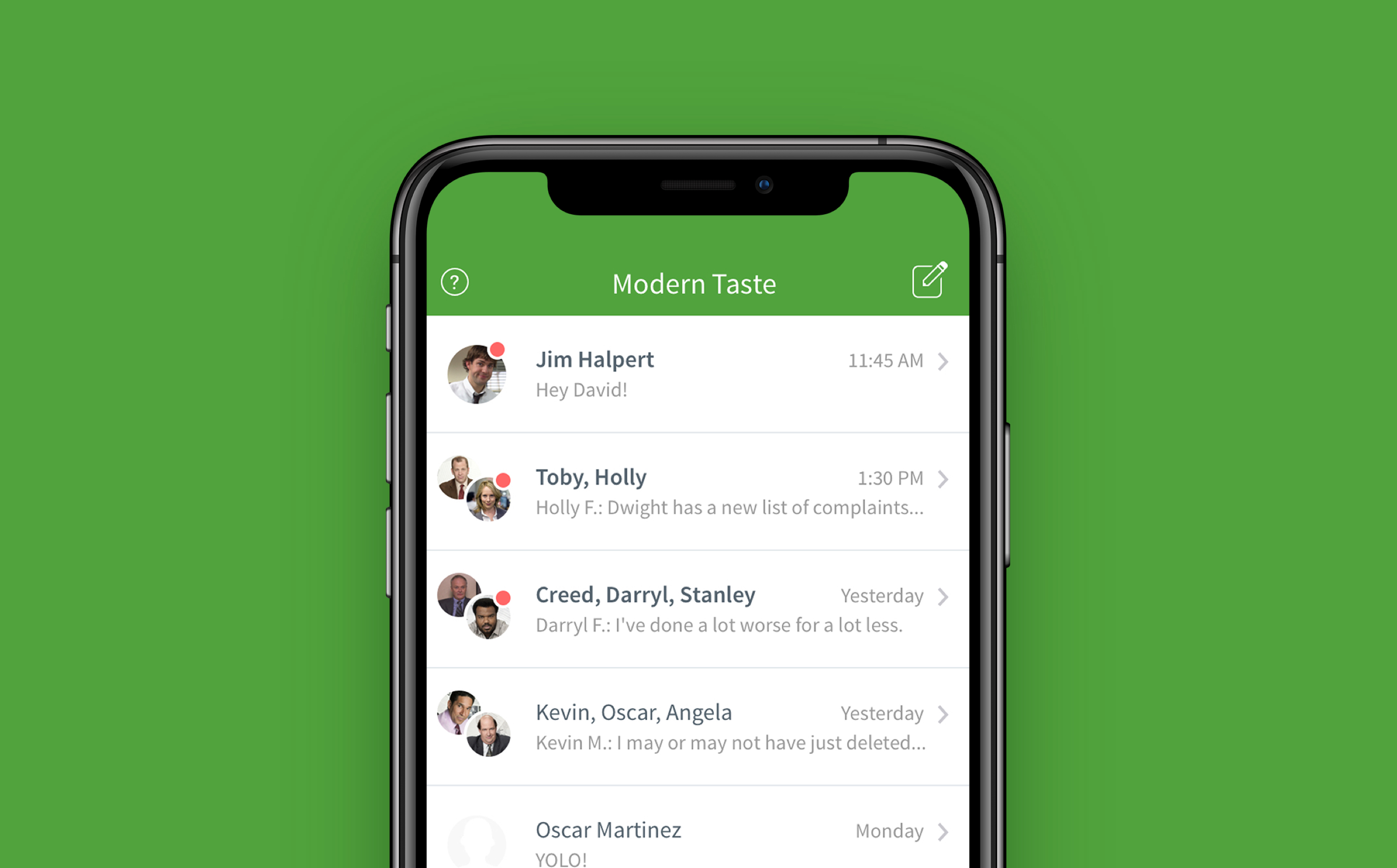 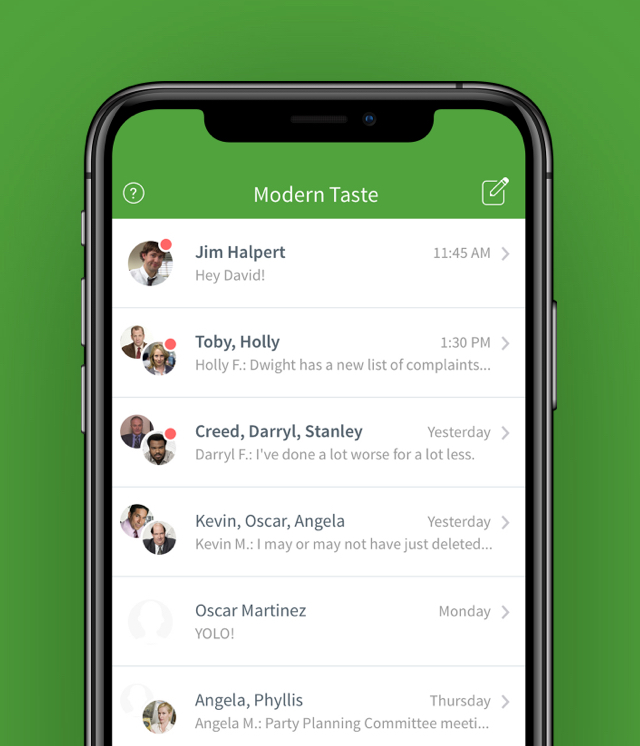 When I Work is a SaaS company based out of Minneapolis, MN creating software for the hourly workforce that allows their employers to create schedules in minutes instead of days, and publishing those schedules digitally so that they can access their schedule easier. You can also clock in and out of your shift, trade shifts, request time-off etc.

One of my first projects at When I Work was to help the team with a new feature for WorkChat - an in-app messaging product for employers and employees to communicate. The feature was filtering - allowing users to create a new chat and filter based on location or position - so that they could more easily find the person they were looking for when trying to communicate something specific.

Unfortunately, I was not able to take my research work with me, once my contract with When I Work ended. However, the basic premise was that I would use InVision, UserTesting.com, and a pool of random participants to try to complete a set of user tasks that were predefined. At the end of the session, they were asked non-leading questions about their experience and were also told to speak out loud as they were proceeding through the prototype.

The task was simple in nature but you have to keep in mind - these users had answered a pre-screen set of questions and one of those questions was "Have you used When I Work before?" - if they had, they were not allowed to participate. So with that, they were tasked to: Create a new chat with the manager at the Downtown East location.

Some participants found it difficult just to find the WorkChat portion of the application, which fell out of the scope of this test. However, all but 1 participant were able to complete the task that was given to them, some of them easier than others, mostly due to the limited functionality of the InVision prototype - I couldn't have a screen for every part of the app, so most users would just want to tap on places that were not active, trying to explore the app on their own.

Our biggest finding was that most people did not understand the filter icon that was used - the 3 lines from Google Material Icons.

Before the user testing could start - there were several weeks of iterations on the user interface that was presented to the Product Team & Success/Customer Support Team. We were validating our ideas, rather than letting user research drive them. After several presentations, I was able to gather validation and insights into the direction of the UI that would then be used for the user testing sessions. 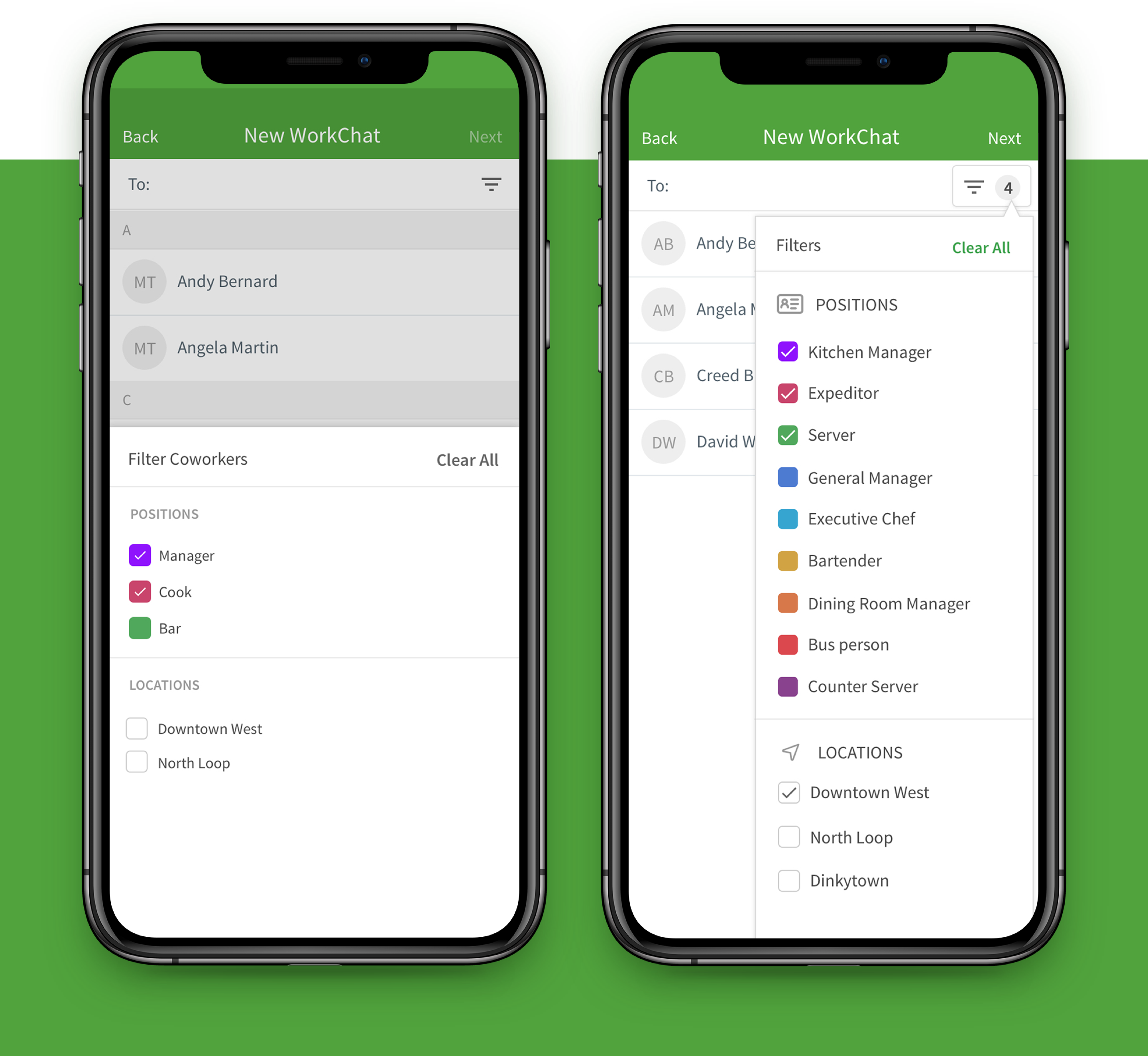 When a user taps on the filters, what should happen?

We explored various options - we were trying to see if we could merge guidelines from Apple and Android so that there weren't two completely different ways to go about doing the same thing depending on what platform you were on.

It was also not clear how a user would exit the bottom sheet once they applied the filters they wanted; adding another tap was not an option (trying to keep taps to a minimum).

We also wanted the user to be able to see changes to the coworker list as they applied filters - they would not always know who exactly they were looking for, and this allowed for an easier time applying filters and seeing results at the same time - rather than going back and forth.

The popover UI allowed for everything that we were looking for - an easy way to see the names being filtered down, a quick/easy access to the filters, and the ability to use the native screen scrolling if the list was longer than the popover was.

This UI is being used to this day in the When I Work app for allowing filtering of coworkers to find the right person quickly.

The user test exposed me very quickly to the type of users When I Work had, to the various and vast team members it has as well as creating report with my fellow designers - there were 4 other designs and a UX design manager.

More importantly, we were able to validate a direction that the filters feature should go so that it would gain wide use and be a valuable addition to the application across all 3 platforms - iOS, Android, and Web.

I was one of two Senior UX Designers. We had a product manager, a design manager, and two UI designers. We also reported to the CTO and the CEO directly. 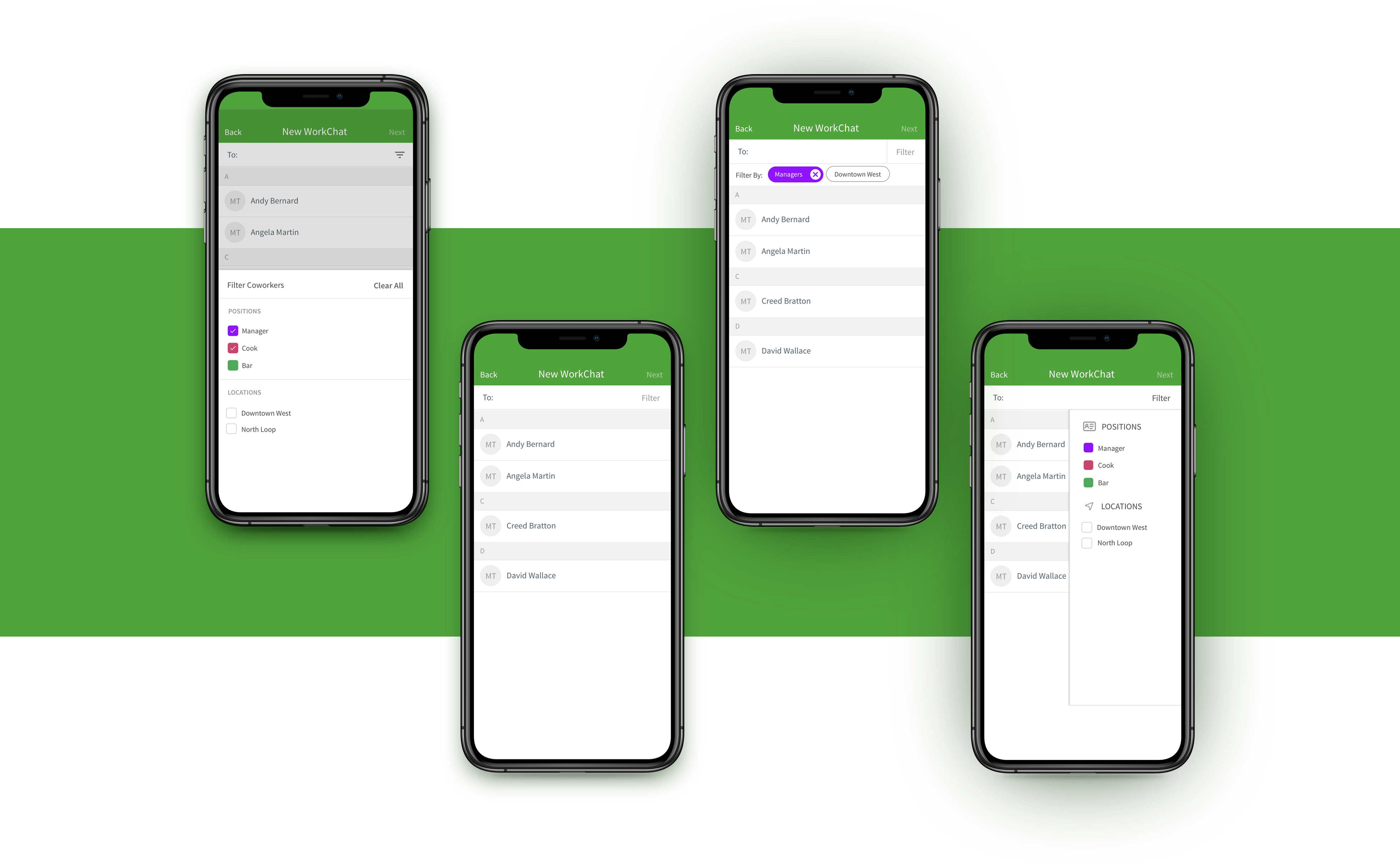